What should I do?

I'm in a bit of a quandary.

Actually, I’m in a bit of a plaster cast – for the next twenty-four hours or so, at least. Having had an operation on my left Achilles tendon two weeks ago I have a lengthy recuperation to look forward to, during which I am amusing myself by writing as much as possible.

But my leg is not my quandary.

Last October I published my debut novel, Pike’sQuest, on Kindle. This is a humorous fantasy that can be enjoyed by anyone aged 12 years and above. One reviewer suggests it is a good book for reading to one’s grandchildren! I did not write it specifically as a Young Adult or Children’s book: I just wrote it because it made me laugh. As far as I am aware, there are around 1200 copies in circulation at present – not a massive following, but it’s a start. I am going to release a sequel - Pike's ReQuest - hopefully in November/December 2012. 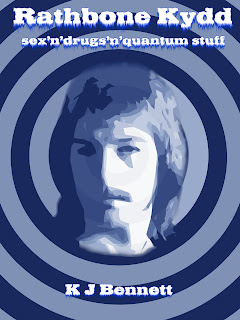 My quandary is that I am also working on another, totally different novel called Rathbone Kydd. In no way is it suitable for a young readership. The trademark humour is there, but the content is decidedly adult. One look at the cover should be enough to warn the reader, as the phrase sex’n’drugs’n’quantum stuff is emblazoned across the cover image. There is rock’n’roll as well, but sex’n’drugs’n’rock’n’roll’quantum stuff was too just cumbersome to include on the cover art.

Set in Devon and Greece in the late 1970s and 2012, Rathbone Kydd is a thriller telling the story of a man who wanted to be a rock star but instead found himself embroiled in drug running for a renegade biker gang, double-crossing a Greek crime baron, inadvertently uncovering a massive conspiracy involving the KGB and the Greek Secret Service, and a quantum experiment that went wrong – twice. I draw a lot from my past as a wannabe rock singer in the 1970s, and my love of the Greek islands. I am fairly sure that ‘goth’ writing twins C L Raven  will find amusement in the references to cannibalism that arise about halfway through. I should also add that I have no direct knowledge of any quantum experiments and conspiracies (nor of cannibalism), so it is a work of fiction!

The issue for me is that I have worked hard to get the small following I have, and the new novel may not be what the current readership is expecting. I’m pleased that most of my readers seem to be adult, so hopefully the violence, sex and drugs, not to mention the bad language, will not be bar to future sales.

So, the question is this: do I take the attitude of publish and be damned, thus relying on the current readership, or do I release the novel under a nom de plume and market me from scratch as a different author?
Posted by K J Bennett at 10:27 4 comments:

After showing the proposed cover art for my up-coming novel Rathbone Kydd HERE , I received a few comments in a forum elsewhere (Verulam Writers' Circle members' area) and have made some changes. Here is what I think will be the finished article - it also looks better on an e-ink screen than the previous version, which lost a lot of clarity in monochrome.. 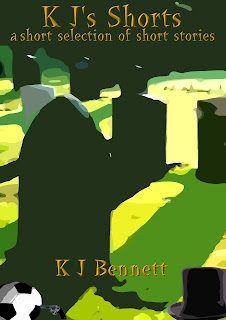